Plugins for tune vocals are some of the most popular on the market. Autotune is used in every vocal project, regardless of the artist’s level of performance. Not every artist and producer can afford to buy an Antares Auto-Tune license for $ 400. For this case, we have selected several free plugins for processing vocals.

Pitch correction can be used both for subtle correction of missed notes and for extreme processing, with the so-called “T-Pain” effect. 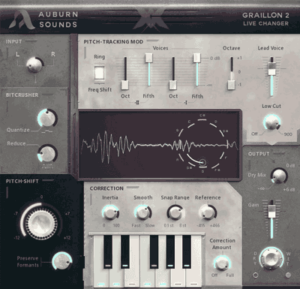 The highest rated plugin on the list. Graillon 2 is more than just a plug-in with automatic settings. Its pitch correction module is so easy to use that we had to put it in first place on this list. It is also compatible with all digital DAW stations capable of loading VST and AU, both on PC and MAC. Just place it as an effect on the channel with the voice track, turn on the correction and get a soft fix! All necessary settings are located on the front panel of the plugin.

— See also: What is autotune vocals? —

MeldaProduction has made great progress in recent years. Their free MAutoPitch is still not inferior in correcting vocals for notes. While the functionality of Graillon and MAutoPitch is similar, Melda added some interesting bonus knobs (stereo width adjustment, response speed, limiter and others). The reason why this plugin does not take first place in our ranking is that installing it requires a cumbersome installer. This plugin is a great free effect. Compatible with all modern hosts. 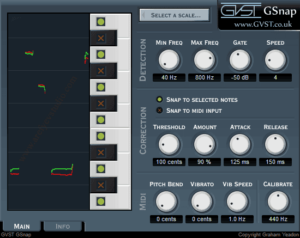 GSnap is another good alternative. This was the first free vocal correction plugin that is still relevant. As for the design, the entire line of free plugins from Graham Yeadon has only the necessary pens. GSnap is somewhat similar to the two aforementioned competitors, however its distinctive feature is the ability to tune the processed audio signal to the input notes. The automatic correction algorithm also does its job well, although it does not have a formant switching function (like Graillon 2 and MAutoPitch). 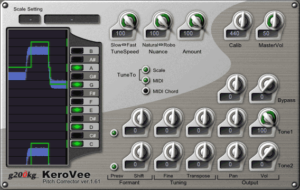 KeroVee is a pitch correction tool released in 2010. This plugin, like GSnap, is available only for Windows. Despite the design, its capabilities are no worse, and with a minimum processor load.

You do not know how to fix vocals by notes? Need a correction urgently and efficiently? Order manual vocal tuning in our studio. We will do all the necessary manipulations for an inconspicuous and pleasant result for the listener! Order -> 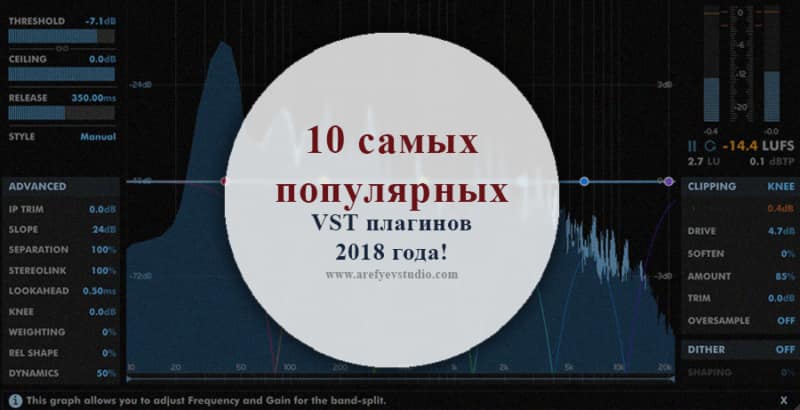