Where is it more profitable to sell your music? Compare CDBaby and Tunecore

Companies like CDBaby and Tunecore make their pricing a bit confusing, and this is no coincidence. If in CDBaby you have to pay $ 49 for the opportunity to put up an album for sale, and in Tunecore – $ 38, then most musicians with a limited budget will probably prefer Tunecore. But the very cooperation with these aggregators has a significant difference, and in this article we will try to find the key difference between these services.

For simplicity, we will compare album and single sales. But before we get started, let’s ask ourselves a philosophical question: do I need to sell my album?

For most musicians, all that matters is sales on iTunes, stock Apple Music and Spotify, as they are likely to give the lion’s share of the revenue to unsigned artists. In fact, you are more likely to get more streaming revenue than iTunes, since most iTunes albums are simply not bought.

But let’s look on the other hand, streaming is growing rapidly and has surpassed 229.5 million listeners worldwide. If you do not have a music video with more than a million real views, it makes no sense to put music on sale. Of course, it’s nice to say “or buy my album on iTunes”, but the truth is that no one is buying your album, not because it is bad, but because no one knows about it.

Let’s look at rapper Drake and his sales 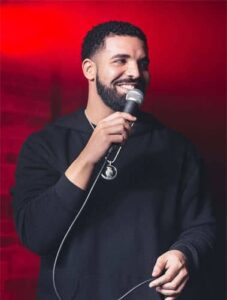 Drake’s Facebook page has 35 million likes. So we can say with confidence that 35 million people in the world have heard about Drake’s music (otherwise why would they need his page?).

— See also: Mac vs PC: which is better for making music? —

How many copies will young / unsigned artists make with 2,000 likes on social networks? Most likely under 100 copies. And even more likely, only 1 instance. However, if we look at the streaming statistics of Drake, we will see a completely different picture. His album Scorpion, was broadcast over a billion times in the first week after release, making him one of the most popular artists of all time.

Just as we know that 1% of the population controls 99% of the money of all mankind, 1% of musicians sell 99% of the music.

In fact, in 2007, out of 8,000 songs released on iTunes, only 102 albums were sold with more than a million copies. This trend will never change and is likely to become even more pronounced. So before you decide to sell your music, it would be nice to just post it on Soundcloud until there are more fans. By no means do we discourage you from selling your tracks and, on the contrary, we are ready to do high-quality mixing and mastering so that you can express your idea even more clearly, but here we look at dry numbers that do not always coincide with expectations.

How to understand that your music is becoming more popular? Today, YouTube’s views and subscribers are such a tool. If there is no growing statistics, you are not developing your fan base. Music simply does not find its audience. 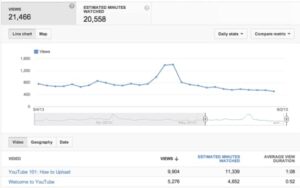 OK I understood! No one will buy my album, but I still want to sell it because I’m crazy. Where is the best place on CDBaby or Tunecore? – the reader will be indignant.

What we like about CDBaby is that they sell your album (charge a one-time fee) for $ 49. In addition, you will need to pay an additional $ 20 if you need a barcode, if in addition to digital distribution, you want to sell physical media in music stores (to create SoundScan reports).

The main disadvantage is that they charge 9% of all your license fees for administrative fees.

The first thing you will notice in Tunecore, besides its modern web design, is that it is much cheaper than CDBaby. For only $ 35.99 you can sell your album (however there is a catch in the form of an annual renewal). Next year and in each subsequent year, you will have to pay $ 59. The reason Tunecore charges the annual fee is because Tunecore does not charge any royalties (all income is left to the artist). Obviously, the advantage of Tunecore is that you do not need to give a percentage of your fees, but the disadvantage is that you have to pay a placement fee every year (this is both a positive and a negative side, but more on that later )

Another advantage of Tunecore is that you can use your earnings to pay for the services of the same site, such as an annual renewal fee (which, however, is a minor pleasure, but it is quite convenient).

Tunecore also has small promotions, such as 200 free radio auditions for registering on the site. How useful this is, we have no idea, because we do not know anyone who would use this function and speak about it with admiration.

Well, another Tunecore advantage that we did not find in CDBaby is that if your music has a previous sales history (meaning that your last release sold well or there were good reviews in the media / watching videos), then You’re more likely to get into various premium sections of iTunes, Apple Music or Spotify.

Tunecore has a much more convenient design than CDBaby, but it seems to be just to make it easier for you to part with money. A decent amount of information needs to be provided.

What is more profitable: Tunecore or CDBaby?

Draw a parallel. For example, you will be able to make a million auditions a year, in which case the earnings will be $ 5,000. If the placement is on CDBaby, they will take away $ 450 of royalties (!), While Tunecore will take only an annual fee of $ 59.

We hope this will give a general idea of ​​who it is better to turn to for distribution of music, but if you made a high-quality track and it lacks saturation and volume, we will do high-quality mastering for you.