Transient Shaper, also known as Transient Designer, is a useful dynamic processor that allows you to add attacks and punch character to percussion and other instruments. In this article, we will consider a number of popular plugins available today that you can try (including for free) in your mixes. 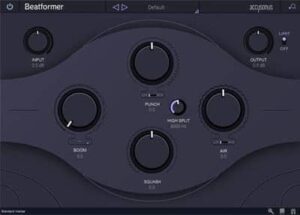 Beatformer is Accusonus’s versatile drum processing tool, which is not a transient plugin in the traditional sense, as it has basic equalizer and dynamic processing controls. Price: $ 99. Visit website Accusonus for more information. 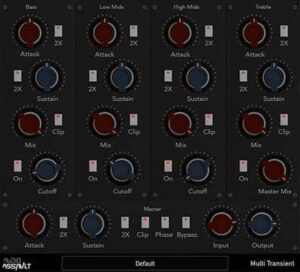 Multi Transient is a multi-band constructor with four ranges: low, low mid, high mid and high frequencies. Each strip is equipped with independent controls. The plugin allows you to form even the most echoing drums. Just put Multi Transient, reduce sustain in the low mid and add attacks in the high frequency band. Crossovers are fixed. Price: $ 59.

— See also: How to improve the quality of tracks on SoundCloud and YouTube? —

Boz Digital Labs’ Transgressor is unique in that it provides two independent 3-band equalizer modules, one for attack and one for sustain. They allow you to shape the sound of the attack in a way that most traditional plugins cannot. Transgressor also gives you the ability to listen to each attack and maintain the components individually. Price: $ 149. More information on the site Boz Digital Labs. 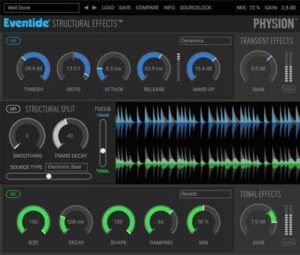 The Eventide Physion plugin (originally released under the name Fission) allows you to split audio into transitional and tonal parts for independent processing. The tool is rather a multi-effects module working on transients. Price: $ 179.

— See also: The best sound cards of 2019 for mixing, mastering and composing music — 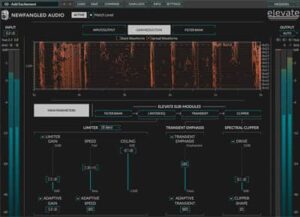 Newfangled Audio describes Punctuate as a plugin for temporary allocation. This is a transitional formation on a whole new level, as users can use up to 26 bands! Punctuate works great on drums and other instruments where the percussion aspect is important. Multiple stripes allow you to customize it subtly and invisibly to the human ear. Price: Supplied with Elevate Mastering for $ 199. More information on the site Eventide.

The IK Multimedia One plugin is a universal mastering tool from IK. It includes many great tone shaping abilities, one of which is the dial to increase or decrease the peak values in the mix or on the master. With One, you can even fix dull drums. Price: $ 99. Visit IK Multimedia for more information. 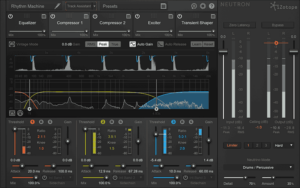 Neutron’s Transient Shaper Module is a multiband constructor that provides three global modes for each band. Transient Shaper is available as one of the many fantastic music mixing modules in the standard Nectar 3 interface, as well as a separate plugin. The basic Neutron 3 kit will cost $ 249, its extended version – $ 3399. More information on the site iZotope.

ANIMATE by Mastering The Mix is a powerful plugin for mixing and mastering a track. It contains four main modules, one of which is a transition form separator called PUNCH. This is one of the most inexpensive devices that can be purchased today. Price: $ 17. More information on the site Mastering The Mix.

Metric Halo’s MH TransientControl has been around for many years and has many fans. It’s easy to understand why so many manufacturers love this plugin. Its simple control panel gives you all the basic controls you need for a quick start. Price: $ 129. Read more on Metric Halo.

Transient Master is so simple that there is nothing much to say about it. Only three knobs: attack, sustain and general volume level (gain). Hang it on the batch to be processed and mix to taste. Price: 89 $. Visit Native Instruments for more information.

The Softube Transient Shaper plug-in provides dual-band operation. This allows users to manipulate high or low frequency elements separately for attack and sustain. The attack (strike) and sustain controls have switches that can be set to hi, lo or wide. Use them to set the attack and maintain control at the minimum or maximum crossover. Price: 89 $. Read more on Softube.

Waves Smack Attack includes all the usual controls that are present in plug-ins for configuring transients. Attack and sustain components have advanced controls for form, duration, and sensitivity, which when combined provide ample creative possibilities. Price: $ 69. More information on the site Waves.