We are starting a series of useful articles that will reveal the sides and tastes of world engineers. Let’s talk about your favorite compressors, equalizers, reverbs and many other useful things! This article will reveal the views on equalizers. Who uses what most often?

“I use Avid’s EQ-3 most often. I also use the MH Channel Strip equalizer, from which I started my work. In the early days, when DSP was at a premium, you did not have much space for five different plugins , and since this plugin included an equalizer, compressor, etc., it was most often used. It’s also worth highlighting the Focusrite D2 equalizer. ” 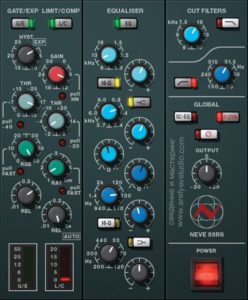 “I’ve been using the Neve 88rs plugin since the first day I got UAD glands. This plugin can do anything. It sounds great both on vocals and on all instruments. This plugin emulates the Neve console. Those people who worked on it say which is surprisingly accurate. This console wasn’t very popular because it cost a million dollars [laughs] so not many people could afford it in the studio, but this plugin is great. ”

“Most often I use the Pro-Q 2 plugin from FabFilter. It is easy to work with and it sounds very transparent. It has a built-in analyzer that is often useful. This plugin can solve all frequency problems.”

“What I like about EQs is a tricky question. It’s more interesting for me — something like Soundtoys Radiator or Decapitator. These plugins add character and richness. It’s better than the equalizer. I have analog equalizers, and therefore I rarely use plugins. I use only Waves SSL Channel filters to cut high and low frequencies. “

“I switched to Universal Audio when I had an interesting experience of recording multitracks on the Neve 88RS console in London. I quickly recorded an unprocessed signal and returned to my studio to do the proper mixing. But I could not recreate the desired shade and therefore I had to buy plugins UAD and emulate Neve 88RS. I have never regretted the purchase. It is impressive. ”

“I most often use UAD Neve. But if I look deeper into the process itself, I often have to work with live tools, I use Waves SSL G, Neve 1081, SPL Twin Tube for them. Each of these plugins has its own character!” 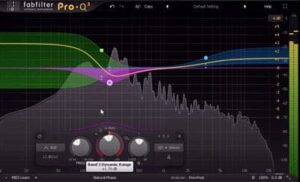 “I think ProQ 2 [Fabfilter] is the best plugin I have used most often lately. I usually use it as Mid / Side equalization. It has a cutoff depth of 72db so you can really remove unnecessary artifacts. Now I experimenting with Melda’s dynamic equalizer, which gives a more unique result. “

“I really love the equalizer from Izotope 5. I think this is the most transparent equalizer I’ve heard. Now I often use the SSL channel from Waves. It gives my own color. There are times when I use Digi EQ7 when I need a certain vintage shade. But from I’d recommend using the Waves SSL Channel for all equalizers. It’s for all occasions. “

5 VST analyzers that will be useful to every musician