At the end of May, Spotify made changes to its content requirements. Sound engineers and recording studios were forced to send in files at reduced volume.

If you use a software called Dynameter and analyze changes to popular playlists such as the Global Top 50 (in styles from chell to rock), you can determine that the catalogs have become a little quieter. In this case, we use the term “loudness” to describe the human perception of sound. Therefore, listening to something – this will mean physiological perception, and not the level of rms and decibels.

In 2011, the European Broadcasting Union (one of the largest broadcasting organizations in the world) created a unit of measure with the EBU-R128 standard, also called LUFS. In fact, it is a smarter value than decibels for understanding human perception of sound. LUFS ignores low frequencies and instead focuses on mids and highs. Shouting, for example, has more volumetric feel than double bass, although the RMS will do better. This unit was created to represent and understand how our hearing works.

Many engineers figured out for themselves that Spotify downgraded the LUFS index on its platform from -11 to -14lufs, which is in line with a number of competing music platforms such as YouTube (-13FUFS), Tidal (-14LUFS) and Apple Music (-16 LUFS).

We reached out to Spotify for comment on ending the loudness race, to which the response was “The platform is always testing new features to benefit listeners. Recent changes are part of a previously planned aspect.”

So why is this important?

The EBU-R128 standard was not originally approved for streaming platforms and the music world. The goal was to normalize the sound patterns of television content. Have you noticed how some ads sound louder than others? or when the movie is quiet and the advertisement makes the listener jump in surprise? The standard was supposed to streamline these differences and standardize broadcasting.

One of the main methods of increasing the volume in songs is compression (compression). This can be done with dedicated hardware or mastering software. If you have any difficulties with the quality or balance of compositions, you can always contact our studio AREFYEV Studio and we will embody all your ideas.

“When trying to turn up the volume, they sacrificed their quality.”

The race for the highest volume level began with the advent of digital programming and the simplification of making music. Before that, when vinyl existed, there were physical limitations that ensured that the sound didn’t get muddy. A recording that produced sounds loud enough could cause the needle to jump (this changed the appearance of the CD). In addition, in the era of vinyl, it was normal to listen to an entire album by one artist from the first to the last track (vinyl was expensive, large budgets were allocated to create music, which made it of higher quality). There was no need to compare and combine different recordings. In our time, it is difficult to find people who listen to two or more songs of the same author. Check out the diagram generated by Sample Magic. 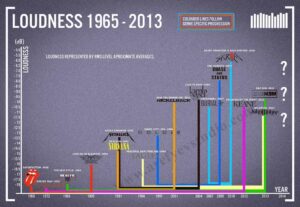 One of the recordings that symbolizes how far the band will go to increase compression is Death Magnetic Metallica. At the time of release (in 2008), many fans complained about the overly strong difference to the rest of the songs. Months later, the band released Guitar Hero: Metallica, which featured the same versions of the songs, but in a quieter version.

— See also: What equipment does BILLIE EILISH use? —

Are you familiar with the feeling of pressure on the auricle after listening to music for a long time? We stop hearing the small details of everyday life. This phenomenon is called “listener fatigue” (or ear fatigue).

“The effects of listener fatigue are well known, although people don’t always associate them with music fatigue”, said Dr. Tanit Ganz Sanchez, professor at the Medical University of São Paulo (FMUSP) and founder of the Ganz Sanches Institute of Hearing.

The symptoms cause actual fatigue, irritability and insomnia.

Sanchez explains that we have a small muscle whose function is to protect hearing. She is called “stapedius”. It prevents harsh and aggressive sound (tightens the eardrum and acts as a filter). The problem is that prolonged exposure to aggressive waves will tire this muscle.

“I compare “stapedius” to an arm muscle. Suppose you spend half an hour in the gym, after which the muscle will say “enough” and the workout will be over. The ear muscle works as well “

The only difference between “stapedius” and biceps is that we rarely feel pain in the ear (more often it radiates to the back of the head).

Spotify can be said to be contributing to the health of listeners by ending the loudness race. 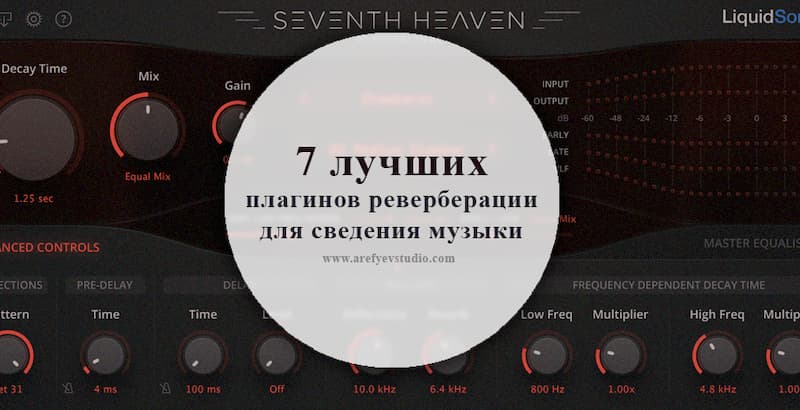