Writing music for video games is an under-appreciated area of music that can become the full-time job of a well-paid composer. Year by year, the number of computer games is increasing and capturing the entertainment market. If you’re interested in creating a soundtrack or looking for someone to write a catchy tune, there are a few points to consider.

1. Working with a sound designer

If you are writing a composition for a game, then it is similar to the musical accompaniment of a film, where, in addition to the main melody, third-party sounds will be used (for example: explosions, gunshots and character dialogues). Composers in budget indie games need to be multi-tasking and have to implement both music and main effects. If you got the task of only creating a motive, then consider and maintain a good relationship with the sound engineer, who will bring it all to the final form. Choose characteristic tools that will not conflict and interfere with the intelligibility of the main elements of the game. Depending on the genre of development – there will be a characteristic pace and character.

2. Music must be remembered by the listener

Everyone had it. You start playing, the melody enters your mind and your foot moves to the rhythm. The problem is that such music lasts only 30 seconds and repeats 15 times while you get used to the controls of the game, it quickly gets boring and pushes away from the gameplay. A detailed guide to creating music for video games can be found in Winifred Phillps’ book “A composer’s Guide to Game Music”.

Since the early days of adaptive engines like IMUSE created by Lucasarts Michael Land & Peter MCconnell and written for Monkey Island 2, many great composers are now using adaptive music for games. This allows you to create several dynamic layers, which, depending on the plot, will immerse a person in the game space. For the convenience of building project layers, be based on a group of tools. The project can be broken down like this:

The 1st layer will be played to the player when the danger of the plot is high and it is necessary to concentrate. If the development of the game will need to enhance the effect, then the 2nd level will be mixed. The main composition (all 3 levels of instruments) will be played in intros, intros and other distractions.

FMOD & WWISE are two names that you will see all the time wanting to learn more about making games. These are powerful programs for workers in the video game industry. They are the link between your DAW software and the game engine used by the developers (Unity, Unreal e.t.c). In essence, Middleware gives the composer the power to see and control how the sound is triggered and reacts in the game.

An adaptive example is the work of Jason Graves (Deadspace, Tomb Raider 2013, Fay Cry Primal), who makes good use of real-time effects (such as Distortion and Delay). Several levels of sound are played according to the plot and immerse the player to the fullest. The larger the budget, the less work for the composer (only writing the soundtrack is delegated to him). Whether or not you use these tools, knowing them will greatly benefit your career.

Most musicians don’t have a good acoustic room or even studio monitors. Some mix with headphones and this is enough in the early stages (Alan Meyerson (Hans Zimmer, Uncharted 4, Metal Gear solid) did this, as he understood that most people would listen to the sound from the game with headphones). Now the quality requirements have increased, therefore, professional mixing and mastering is indispensable. One more piece of advice – look into the LUFS measurement, which is becoming more and more standard when it comes to levels in games and music in general.

It’s simple. Create a deadline for when you need to turn in the project, considering making edits and saving additional materials. There are a lot of talented musicians who create ideas and don’t finish them. Believe me, it’s better to have 20 badly processed soundtracks than to blast one mix, trying to get the most out of it. There is not a high probability that it will be taken. Movies and games have long composition deadlines, but it pays to push yourself to the limits and get the job done on time!

Don’t have time to mix and master a song? send the project to our studio, we will do the job efficiently and on time! 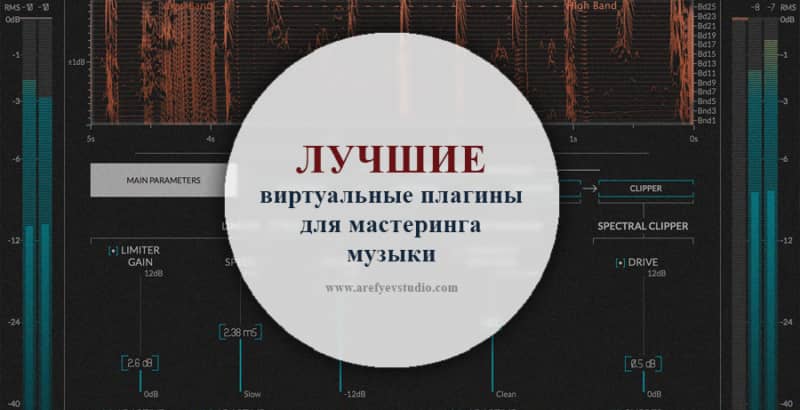 The best plugins for mastering music!