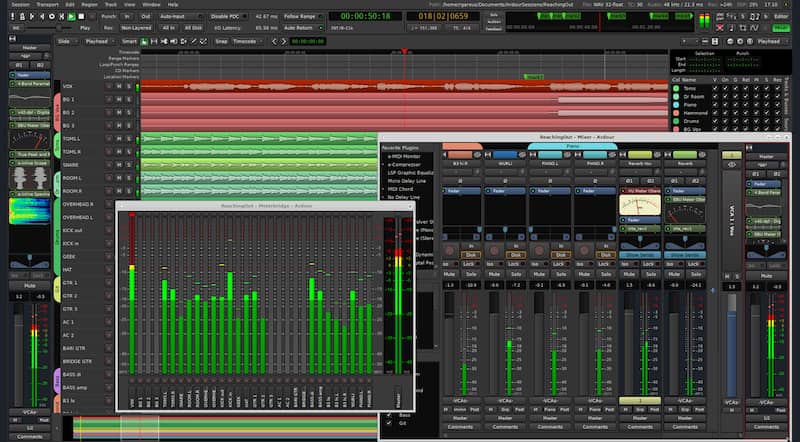 On the outside, there are hardly any differences with Ardor 6.0 compared to version 5.12. Nevertheless, much has been done, but first of all “under the hood of the program.” The developers are sure Ardor 6.0 brings more convenience and stability than all previous versions.

The list of changes is really long, but the developers are especially proud of the “Really Big Stuff”. First of all, it concerns delay compensation, which is common for each signal path: bus, track, plug-in, or effect. Varispeed works with an improved resampling engine. Monitoring Cue now allows you to simultaneously listen to incoming and outgoing signals played from the hard drive. Wet Recording records audio tracks, including effects, by moving the recorder to the desired position in the signal chain.

There are also improvements in plugin management. The new system supports arbitrary connections between plug-ins and splitting the signal flow. The location of the plugin manager has now become clearer.

Platform support has been expanded with official ARM binaries: 32/64 bit builds for Linux, especially on Raspberry Pi and related platforms. There is also support for NetBSD, FreeBSD, and Open Solaris.

In general, this is a very good update, which, first of all, significantly improves performance. Ardor 6.0 is the best version, let’s see what the next updates will bring. Use it for recording, mixing and mastering; its functionality will satisfy even the most demanding user. The big plus is the ability to work on Linux, Mac and Windows.