Mixing and mastering rap and hip-hop styles requires its own approach. Track processing has key features, some of which we highlighted in this article! If you do not know how to diversify the mixing of several tracks – use improvised tools that will not sound boring.

The most common problem of young performers that every mixing engineer faces when mixing rap and hip-hop is pinched, or even wheezing, vocals. It seems that in the pursuit of loudness they are ready to sacrifice not only legibility, but also the health of the audience. The main thing to calibrate is the recording level. So that at the first stage you get correctly recorded material. Better a quiet voice, which will be able to pull up, than a compressed and cut wheezing vocals. Second: when raising the balance with a limiter (when mastering), pay attention to the indicators of the analyzers. Depending on the arrangement, the track can be safely pushed to any desired volume, but do not get carried away with it. Loud does not mean quality.

If you are already mixing distorted material, then take a look at specialized plugins for cleaning (such as De-clip in iZotope RX and others). They will not make the signal perfect, but it will work out to hide a little defects. 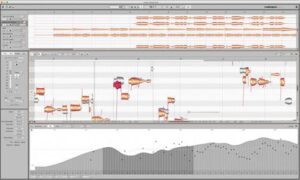 A common mistake when filling up with space is too much reverb. Yes, the vocals soaked in the room were cool for the ballads of the 60s, but it’s sad when the words are illegible and blurry. If you want to mix the reverb, do it carefully and with the help of AUX sends that can be separately processed. Avoid long tails (such as concert halls and cathedrals). The purpose of rap vocals, as a rule, is to convey the meaning of the text. This is a hard and clear voice “in the forehead.”

Another factor contributing to spoil the first impression of the artist is a few layers that are scattered along the left and right channels. If you mix reverb on each layer + do it in approximately the same balance (after all, everyone wants the distinctness of each part of the vocals) – you will get a rough and unpleasant sound. Avoid such mistakes. In case there are difficulties in reducing this style, you can write to us for advice, or send a project for mixing and mastering.

Maybe you’ll think, “hey, but this is editing, not mixing!” You will be right. But flattening a project may involve leveling the tracks for a better result. 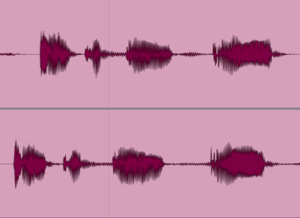 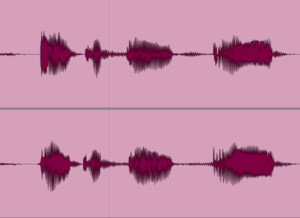 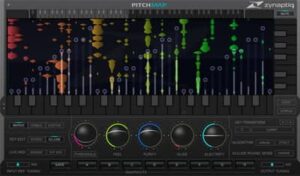 A cool way to draw attention to certain words that make sense is to change them in tonality. For example, if there is only one track and you need to make a variation out of it, then you can select a word (or phrase) and lower it. In addition, use the effect of the tape, the old tape recorder and other filters. Some useful plugins: iZotope Vinyl (free), kHs Tape Stop or Avid Vari-Fi.

It should be noted that the Pitch effect is often applied in the new rap school. In classic old-school rap it can be found, but rarely.

It includes some special processing (both frequency and panoramic) and brings to the main voice. Imagine that you are working on a vocal phrase that begins with the word “Sky”. Take a small part of the word, for example the letter “S” and duplicate it in the form of “S-S-Sky” or “S-SS-Sky”. You can use any other expression. The technique itself is original and depends on the track itself.

Just a mandatory, of its kind, delayed vocals. If the rhythm is active, then you should not use the mono effect. It will be layered on the main party and create dirt. If the rhythm is measured and it is possible to emphasize the word – hang delay on it and it will be great!

If the song has a chorus, then you can mix a little ping-pong delay on it, which will add atmosphere.

Before adjusting the effect, consider the tempo of the track. If it is not arranged correctly, the reflections will be chaotic.

This is a treatment in which a copy of the main batch is mixed. When processing, we recommend trying parallel compression. This is an effective way to control the dynamics and harmonics. With the help of compression, you will increase the readability of vocals.

Submixing is the habit of professional engineers. With their help, you can easily add any effect, as well as turn off the entire group of tools (if necessary). Such routing is available in any popular DAW program. Create a BUS channel and send the necessary number of tracks (for example percussion) to it. Then create an AUX bus and mix it into the group. Thus, you can play with parallel compression (hanging processing on AUX). You can also play with saturators, reverb and other effects throughout the group (working with the BUS channel).

We are sure that you are tired of some treatments and will not repeat them in every mix. Depending on the style and wishes of the client, new, non-classical treatments can be made. When you have a clear idea of how this should sound, you can easily translate the idea. Experiment, or order mixing and mastering with us, for a quick and high-quality result!