VST 2 or VST 3 – what is the difference and which is better?

In 2013, Steinberg announced that they would no longer support the software development kit (SDK) for the VST2 plug-in format, but the SDK itself would still be available as a subset of the VST3 SDK. Then in May 2018, Steinberg announced that, starting in October, a subset would be eliminated. If you are impatient and just want to summarize this article, here they are: VST 2.4 plugins will work great for a very long time. Most hosts are more than happy with VST3 versions. They are at least as good as VST 2.4 versions and may even offer some advantages.

So how important is migration to VST3? Let’s start by breaking down a few myths.

VST 2 or VST 3 – what is the difference and which is better?

VST is an interface specification of how the plugin interacts with the host, so performance depends on the code, not the specification. Plugins VST2.4 and VST3.0 have a common code base, and almost all internal code is identical, therefore, this does not affect the processing of audio material. 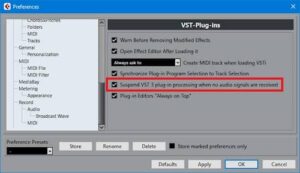 Plugins – no, but they can be disabled when the data is not processed. This is not unique to VST3; Developers were able to implement this using old technologies. However, VST3 is a standardized method that works as long as it is implemented by both the host (see Figure 1) and the plug-in manufacturer (like MIDI, manufacturers can choose what to support in the VST3 specification – for example, just because the keyboard supports MIDI does not mean that it implements a polyphonic subsequent touch).

The VST3 specification has been around for 10 years, and implementation has been relatively slow since the early release was stable. But during these 10 years, manufacturers improved their code and, in general, fixed any possible errors, so VST3 plugins are as reliable as v2.4. Remember, the problem is not in the specification itself, but in its implementation. You can set both types if you want, because plugins themselves usually do not take up much space (their libraries and samples take the place of tools). But also note that many companies are more actively developing and debugging their versions of VST3, while earlier versions are updated with delays.

MYTH 4: Now that there is VST3, VST 2.4 plugins are deprecated 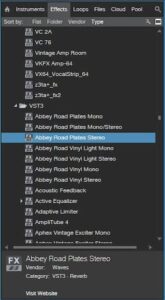 Any host can freely support VST 2.4 and / or VST3 (Fig. 2). If the program supports your VST 2.4 plugins, it will continue to do so unless the manufacturer specifically removes this support. Please note that the lower part of the graphic icon is different for the two types, and if you click the plugin, the supplier, type and category, as well as a link to the manufacturer’s website are displayed in the information bar at the bottom. In the end, developers can stop releasing VST2.4 as soon as VST3 captures most of the music market.

Although there is no built-in support for VST3, the Metaplugin DDMF plugin will help to install them. You can put it as a plug-in in Ableton Live, and then put VST3 in it.

MYTH 6: You must install the VST3 plugins in a specific location on the system drive

This is a preference, not necessarily an iron rule. Actually, this may be good, because when you create a system disk image, you back up your plugins as well. But you can usually install them wherever you want (in Windows, directory connections can point to the standard VST3 folder on any drive).

MYTH 7: You must have VST3 side chain plugins

Not necessary. Several hosts and plugins have implemented side binding with VST 2.4 over the years.

MYTH 8: VST3 has many interesting new features that are not available in versions of VST 2.4

Potentially yes. If a product was developed exclusively for VST3, it is likely to take advantage of at least some improvements. However, during the transition, many developers created VST3 plug-ins with the same basic features as their version of VST 2.4.

MYTH 9: VST3 is no different from VST 2.4. It is just a hoax; there are no real improvements

Consider some of the benefits:

That sounds great, right? But remember, VST3 is not a specification similar to AES / EBU interfaces or the Red Book CD – it is a set of well thought out recommendations. 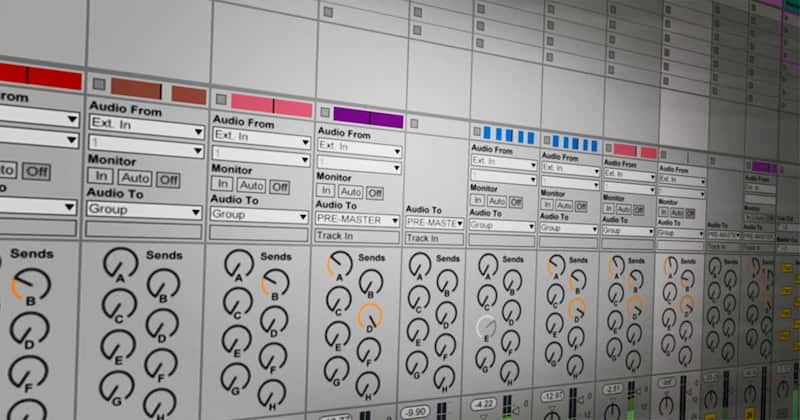 How to export individual tracks in Pro Tools in 3 steps

What is DI BOX and how to use it?